Bangkok will welcome farmers and growers from throughout Asia in August when it hosts the Horti ASIA and AGRITECHNICA ASIA trade fairs. Attendance is expected to be driven by the region’s increasing demand for agricultural and horticultural technology, which has registered significant market growth in recent years.

Thailand, which is one of the world’s largest rice producers, is considered a major hub for farming and food production technologies in Asia, and according to an Indian government report (Thai Market for Agricultural Machinery*), the agricultural machinery market in the country was valued at 680 million euros in 2014. Economic diversification and steady urban migration is driving transformational change within the country’s agricultural and horticultural sectors as they redefine their place within the economy and society as a whole.

The farming and food sectors have traditionally benefited from a large pool of labor, indeed 2017 figures suggest about 33 percent of the 38.4 million-strong workforce is involved in growing food, but this is more than five million less than in 1995. Now, with the agricultural workforce aging, and young people migrating towards the cities where industry is prevalent, Thailand’s agricultural and horticultural businesses are approaching a crossroads between the practices of the past and the new technologies employed by modern agribusiness. This development can also be seen in most countries in Southeast Asia.

Thailand’s Ministry of Agriculture and Cooperatives has a stated aim of improving agricultural production and promoting agricultural mechanization to reduce the labor requirement and increase efficiency in the sector. It recognizes that although the country currently boasts a robust agriculture sector and remains highly competitive in global export markets, demographic shifts will require more efficient and streamlined production methods going forward to keep Thai farmers profitable.

Taking place for the second time, AGRITECHNICA ASIA has established itself as the trade fair for agricultural machinery in the Asian-Pacific region. This year it will include the Systems & Components Asia exhibition – an international platform for the latest developments in engines, hydraulics, axles, gearboxes, cabins, electronics and other components for agricultural machinery and related industries – for the first time. Systems & Components Asia will be a meeting point for visitors involved with research and development, procurement and purchasing at original equipment manufacturers in the off-highway sector. 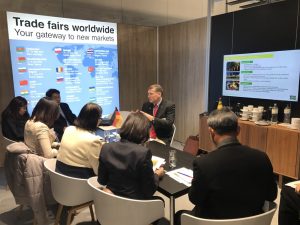 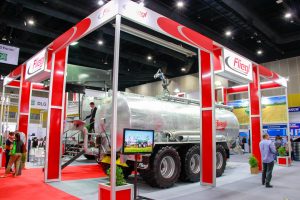 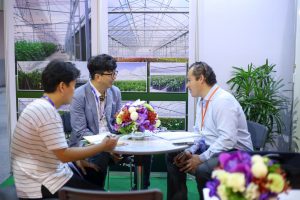